This is an adaptation of sections of my final fellowship paper found here.

Ralph Buehler and John Pucher in their paper Demand for Public Transport in Germany and the USA: An Analysis of Rider Characteristics, have analyzed several different policies that lead to higher transit mode share. Some of them would be fairly simple (though not easy) to implement in the US, such as increasing the federal fuel tax or vehicle registration fees. Others, such as Federal, State and Local coordination in land use planning, would be much more difficult.

Policies are key tools to promote transit ridership, but are usually not under the purview of transit agencies themselves. In Germany, they have been very successful, and generally fall under three themes: 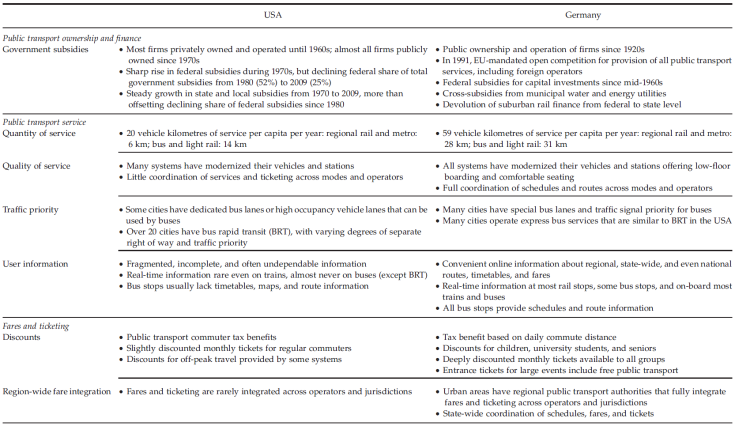 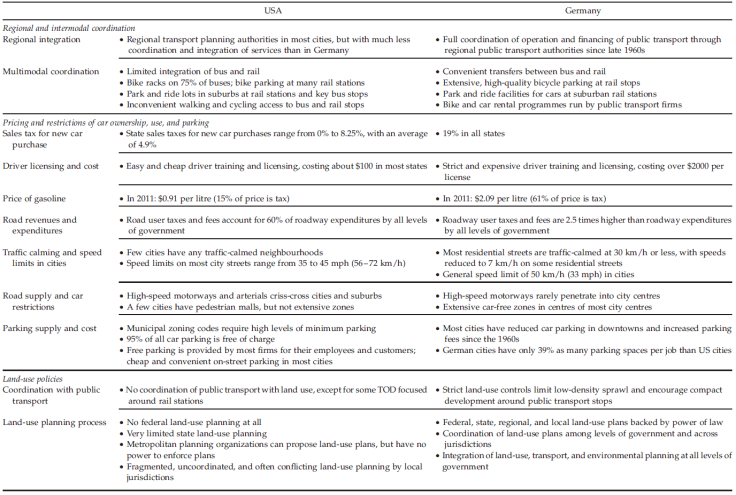 Important to note, therefore, is that transit ridership depends on a lot more factors than a transit operator has control over. Many of these German policies would be relevant and possible in the US. But keeping this in mind, there are several features to examine that transit organizations themselves can do to be more effective.

Chris is a sustainable urban transportation planner. After managing the Chicago Bus Rapid Transit project in Chicago and several bike, pedestrian, and general transportation projects in Washington, DC, he was accepted into the Robert Bosch Foundation Fellowship Program to work for approximately one year with public transportation in Hamburg. Get in contact at Chris Z at beyondtheautobahn dot com or follow on Twitter @beyond_autobahn.